I spent yesterday in Toronto and experienced the most amazing Corporate Seminar I have ever attended.  I've been at them before, and normally, they're just the same old, same old. But this one was somehow different and extremely inspirational and instructional while being fun at the same time.  The Seminar was designed for Canadian Team Beachbody Coaches as the Company launches a fully Canadian operation on August 28th

I don't even know where to begin to describe what I witnessed yesterday at the Toronto Canadian Launch event. There were so many things that touched me, that spoke to me, that moved me. We got wisdom from three multi star Diamond rank level Coaches (Miguel Carrasco, Leeia Borgies and Barbie Decker). Each spoke to different aspects of Beachbody. Each spoke to a different aspect of how Beachbody had transformed their lives. Miguel talked about his amazing physical transformation (losing 45 pounds in 90 days and becoming a Coach for Team Beachbody) , Leeia about how Beachbody changed her personal life (teaching her how to unlock personal development and learning insights on herself), and Barbie addressed the business side of Beachbody (developing and growing your business). Then came Beachbody CEO, Carl Daikeler. He has an amazing knack of holding an entire room in the palm of his hand with his passion, enthusiasm and sense of humour. It was like he reached inside each one of us and spoke directly to us.


Finally, it came to the Guest Celebrity trainer,  Sagi Kalev (A.K.A "The Beast"). He is a clinical nutritionist, former Mr, Israel and creator of the Beachbody Program designed to build lean muscle mass called "Body Beast".  His heart is as big as his muscles. He spoke about how we need to address all aspects of our life. He openly spoke about having a faith that you can draw on before you feel that you can't go on. Faith is not something that you draw on only in emergencies. His message was also to surround yourselves with people (even just ONE person) who believes in you. He answered some questions that we were asked to send in on the Canadian Coaches Board. I did get a moment in the sun when a question I posted was asked. Then, came the workout! It was tough but AMAZING. I did some moves that I had never done before (Mountain Climbers being one.. the rest I can't remember the names.) I was doing full blown pushups and jumping jacks. Before I started working out and earlier during my workouts, my knee pain would have forced me to modify. Probably the moment that will stay with me the longest was the very last part of the workout. We were divided into two parts. One side was told to get from one side of a double sized ballroom by doing pushups and moving forward while doing them, and the other side was to encourage them. There was one person who was really struggling in that group, and nobody was going to her, so I did. I stayed with her, cheered her on, and she made it. She immediately broke down and started sobbing. I knelt down and put my arm around her, and told her that she did an amazing job and that I was proud of her. She just hugged me and just kept sobbing on my shoulder. She never thought she would make it, but she did with support and encouragement. Even Sagi came to her and said how proud he was of her and what a great job she did. Then it was our turn to go across. I did it, and I was even held back by others in front of me. Sagi told me that he knew I could do it, and my reply to him was I KNOW I can! At one point, I would not have thought that I could make it. Being a Beast is about pushing through no matter what, and I am proud to say I AM a BEAST!  I will always remember the reaction and that look on that woman's face when she knew she made it, and how great the feeling was to help her GET there. Yes, we got a great PRACTICAL lesson on what it means to be a Team Beachbody Coach.  I KNOW I can do whatever I set my mind to.  Ask yourself… What is it that you want to do?   Think about it, and decide to do it. Seek out those who support you, and you WILL succeed with help, determination and hard, smart work!
Posted by Unknown at 13:22 No comments:

Some Funny Things Happened on the Way to Where I Am

In reflecting on today, my thoughts are all about how things that happen can get us from where we were to where we are now.  Seventeen years ago today, my oldest child, Crawford was born.  I had gone through infertility treatment to have him, and he was such a welcome addition to my family.  He brought such hope and promise into my life.  Six months later that hope was ripped from my life when he died from SIDS. Heartbroken, in retrospect, it marked a change yet again as my husband and I had gone from two to three and back to a family of two.  Such an event puts a horrible strain on relationships, and ours was no different. I just took the distance that grew and accepted it and that things would work its way back again.  Yes, we added two other children (one naturally and one by adoption), but things between my husband and I were never the same again.  The pain was always there.  We handled it differently, but the wall of grief was building up.  Another whammy.  My husband had his first heart attack. He was not even 50.  I had just gone back to work after my maternity leave, so not only had to get used to leaving my two young ones in care, getting home to them alone and take care of all that domestic work, I had to balance that with going to the hospital, seeing my husband, dealing with the Doctors, and so on.  Looking back, I don't know how I coped.  He got better and was back to work. I then got laid off from work. That was a bit of a blessing, as I had always wanted to be a stay at home mom  Fast forward a few years. He had a massive fatal heart attack right in front of my then 5 year old daughter.  How do you explain to a 4 and 5 year old child that their daddy is not going to be there for them any more? So much for my life long dream of being a stay at home mom. I was a full time sole parent and needed to get a hand on the finances which my husband had always handled being an Accountant himself.  Can you say overload?  Yes, that was me.

At first, there was lots of support, but that soon stopped. I felt isolated and alone more and more as time went by. My daughter was bullied in school to the point where she did not want to even GO to school and would throw HUGE tantrums each morning.  My son was diagnosed with Asperger's Syndrome. I wanted to crawl further into a hole. Up went that white flag. Let me be clear that I never wanted to do anything bad or stupid, I just was thinking that everything was against me.  So, how does this reflect the title of my post today?  Well, it's definitely not funny in a comedic sense of the word funny. It's to the peculiar sense that the word funny gets used.  Yes, bad things will happen, and they may be major or minor setbacks.  We need to learn from them and grow through them. Yes, we all know the platitude that Whatever does not kill us makes us stronger, but that's only if we let those moments speak to us.  For me, they spoke to me after the event and only once the conditions were right for me to learn the lessons.  The route I have taken to become stronger, slimmer and more confident has had some HUGE twists and turns,which I would not wish on my worst enemy.  However, they HAVE defined me as I have allowed them to do in a positive way.  I take the experience with me and have developed a thirst to help those who themselves are at a crossroad and just need that person whispering to them that they CAN take that leap of faith and move forward and become a better version of themselves.  This was why I became a Coach for Team Beachbody.  Yes, it's back to that again!

The Latin Motto of the Olympic Movement is Citius, Altius, Fortius (Faster, Higher, Stronger)  Hidden inside of each of us, we have the markings of at least some of those skills.  Choose to develop them to take your life to the next step.  the results will surprise you, like they did me.  So, yes, some funny things happened to where I am right now.  They are still going to happen, and when that does, I WILL rise to meet them. 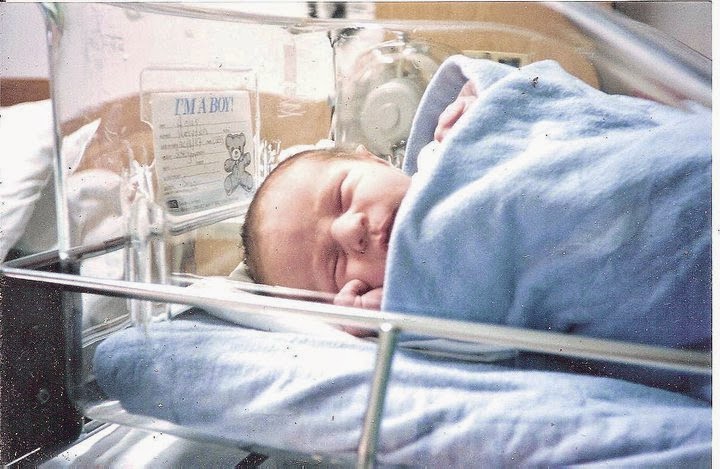 . More and more, I felt alone, sacared
Posted by Unknown at 11:52 No comments:

There comes a point in every life where you are at a crossroads.  Old voices play in your head telling you that you messed up or were not good enough.  You are good enough!  You wonder if you can, if you could, and even if you should move forward.  That fight or flight moment comes up.  That was where I was.  My child had died. My husband had died. I was overwhelmed and afraid.  But that small voice came out saying, TAKE that step.  I was watching an infomercial for an exercise program.  I took a look at myself, and had that moment of clarity when I said, "I really need to"!  I was kidding myself that I was a size 14. My clothes were tight.  For the first time in my life, I listened to myself and ordered the program. It was called Slim in 6  It was difficult at first.  My arms were so big that the resistance bands that came with the program rubbed my arms and I had constant bruising.  It got easier, and I was doing well, until an old knee issue came up and my knee would start to lock up.   Yes, I had osteoarthritis (told from years of figure skating, sailing, and my knee popping out of joint a few times).  I had to give up for a few months while I was given treatment for it. My first day back to working out, I smashed and broke a toe against the entertainment centre.  You guessed it!  More time off for IT to heal.  Starting again from the beginning, I made it through the entire program.  I got the shock of my life. I was down TWO full dress sizes. For the first time in my life, I felt confident, energetic and proud.  It was at that point that I made another life changing decision.  I was approached by my personal Team Beachbody Coach about the potential for helping others and becoming a Coach myself.  This is where my next chapter starts, and where this blog really begins.  This blog is a witness to my ongoing personal transformation as well as my work in helping others as a Coach to catch fire in their transformations.  (Thus the blog name, Coaching Fire). Keep that ear open for that small voice deep inside you.  It does not have to be a journey of weight loss.  If you have a passion, follow it. If you want to learn or try something, DO it.  Just be true to yourself.  Here's proof you CAN! 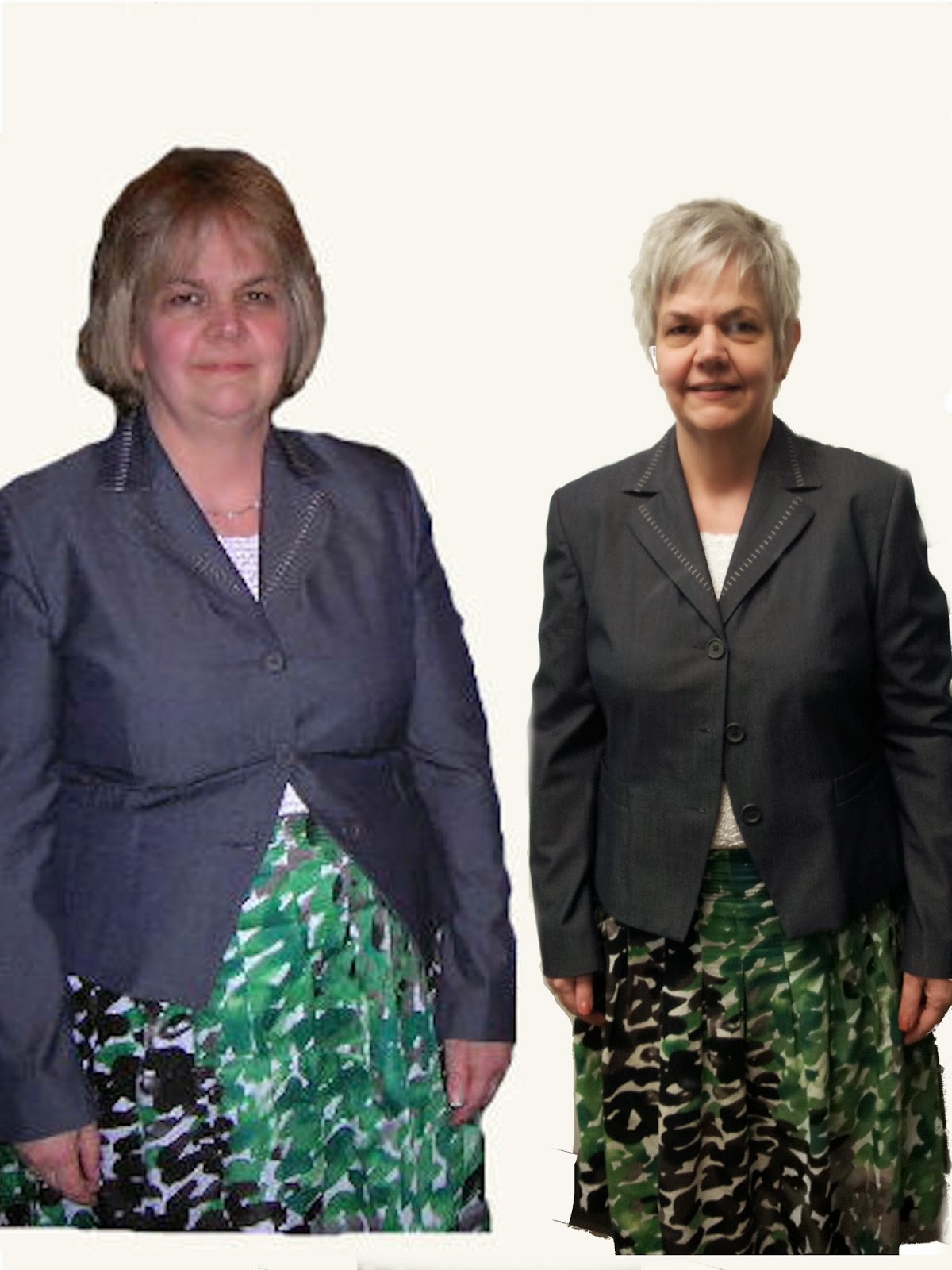